Blog How to Calculate IIT under China’s 2019 Reforms: Foreign Expats Between China and Hong Kong

How to Calculate IIT under China’s 2019 Reforms: Foreign Expats Between China and Hong Kong

In the past few months, we’ve talked a lot about China’s IIT reform and what it means for expats. To help demystify the process, we created this infographic and blog outlining three major changes for foreigners in 2019.

Since the publication of the last blog, we’ve had a number of questions regarding specific IIT calculations from business owners. To address that need in this blog, we look at two theoretical cases of business owners with companies in China and Hong Kong. We go through the tax calculations for each region and compare the taxes paid before and after the IIT reforms.

Case 1 (A). US national with income from China and Hong Kong

CSO George, who holds a US passport, runs the sales division of a quality control company in Shenzhen but does it mostly from the Hong Kong sales office. George spends approximately 100 days in China, 200 days in Hong Kong and the rest of the time either on overseas business trips or vacations.

George has a working visa and temporary resident ID in Hong Kong and has been paying himself an annual salary of 600,000 HKD with 240,000 HKD apartment allowance. George has been doing this since April 2015 with roughly similar time in Hong Kong and China during these two years.

In addition, George, for the sake of convenience, has had a working visa in China since November 2017 and has paid himself 300,000 RMB for 12 months since. Before this, he simply travelled to China on a business visa with an invitation letter from the WFOE and didn’t take any revenue from the China company.

How much income tax does George need to pay?

Hong Kong uses the ‘bracket system’ when calculating the tax payable while China uses the ‘levels system’ – both need to be calculated separately.

Hong Kong’s Inland Revenue Department provides a simple tax calculator for individual salaries tax, and has information on how to calculate the taxable benefit of a place of residence.

For non-residents, IIT on employment income, remuneration for labour services, author’s remuneration, and royalties are calculated in accordance with its level on a monthly basis at the progressive tax rates stated below. With the standard deduction of 5,000 RMB per month, the assessable income is 20,000 RMB per month (300,000 RMB/12 months - 5,000 RMB).

How much IIT tax did George have to pay before the new law came into effect?

Prior to the new law, George only had to pay tax on income sourced in China to the Chinese tax authorities – of course, he still needs to pay the tax due in Hong Kong to the Inland Revenue in Hong Kong. As George didn’t reside in China for 183 days or more on a cumulative basis, he is not classified as a tax resident in China. As a result of his residency status, he was eligible for a 4,800 RMB allowance per month.

Under the new system, George pays 1,455 RMB less in income tax in China.

George’s business partner Sophia, a UK passport holder, is the Hong Kong COO and the Owner and Legal Representative of the WFOE (Shenzhen Office)

Sophia spends approximately 230 days in China, 70 days in Hong Kong and the rest of the time either on overseas business trips or vacations.

How much tax does Sophia pay in China?

Sophia would not need to pay individual income tax in China on income sourced in Hong Kong as she has not resided in China for six years consecutively to date.

How can Sophia reduce her tax liability in China?

Besides the standard deduction, Sophia is eligible for a special additional deduction from the assessable income of 1,500 RMB per month until 2022 for her rent – this would make her current tax payable 28,790 RMB per month.

Sophia will become a resident taxpayer after six years, and would then have to pay tax on income sourced outside of China. To reduce her tax liability, she can apply with the State Administration of Taxation in China and prevent double taxation.

The time spent outside of China for 30 days consecutively resets the time leading up to this six-year period, so it would be wise to spend that month outside every few years to reset the tax clock.

Do George and Sophia have to pay tax in China on their Hong Kong dividends?

Neither would have to declare their Hong Kong dividends in China as neither has lived in China for 183 days or more for six consecutive years.

Would George and Sophia need to declare tax in the US and UK respectively? 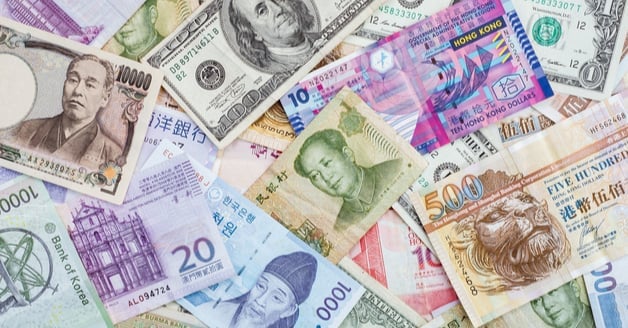 Classified as a US citizen according to the IRS, George’s worldwide income would be subject to taxation in accordance with US laws, but he may claim foreign tax credits to avoid double taxation.

As Sophia spends less than 183 days in the UK in a tax year, she would not need to declare taxes in the UK as she is not classified as a ‘UK resident’.

For detailed information, they can reach out to companies like American Pacific Tax (US) and The Fry Group (UK) in Hong Kong who specifically help with expat-related taxes.

As you can see, there are many circumstances to consider when calculating your IIT in China and Hong Kong. If you’re unfamiliar with calculating individual taxes in these places and as an expat of your own country, it can be easy to get overwhelmed.

If you need assistance with your IIT or accounting for your WFOE, feel free to contact us for a free consultation. 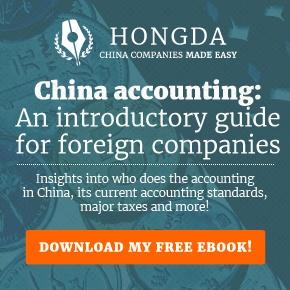