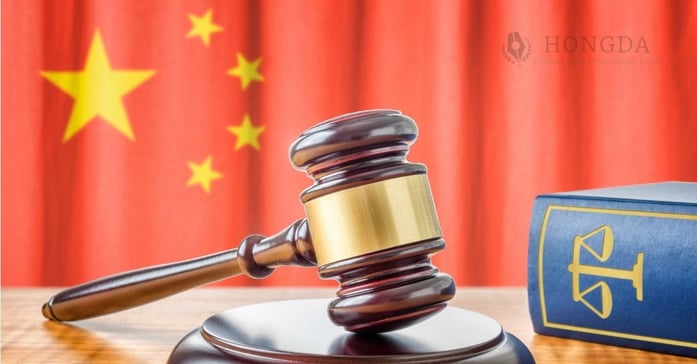 When doing business in China as a foreign company you may not have considered the affect of Chinese culture on civil law and the upholding of contracts there.

Many rumours swirl around that in China 'contracts aren't followed or enforced by law' and that 'Hong Kong company registry protects you on the Mainland.'

The former is far too simplistic a statement to be true, however it's almost inevitable that during your dealings in China there will occur some kind of disagreement over contractual issues. As for the latter, in some ways that's the case.

So what could happen then, and what steps can be taken to avoid any problems?

Read on as we dispel some of the myths and offer advice as to how to mitigate any issues before they occur... 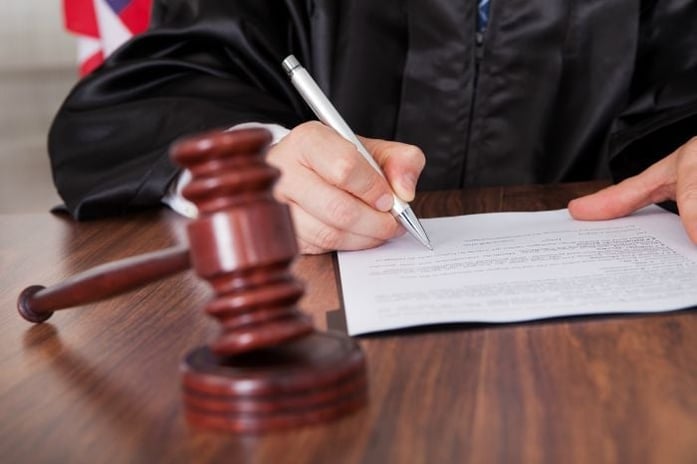 As mentioned, there are many tales of Chinese clients, partners, and customers failing to uphold contracts with foreign companies doing business in China.

Getting legal resource when these issues occur may, however, be easier said than done.

Secondly, China is a civil-law jurisdiction, and contracts may not always be interpreted or enforced as written.

How can that be? Surely a contract's word is law?

In general in China of course a contract will followed for the good of all parties, however unlike in the West and other 'Common Law' jurisdictions, there is room for interpretation both legal and on behalf of the incumbents of the contract.

A contract is only a basic understanding as both parties agreed to on the particular day of the signing. The Chinese view a contractual relationship as one that will evolve over time and the contract itself does not have the importance it does to people in the USA or other common law jurisdictions. (Source: LinkedIn)

So a contract may be seen as something more of a 'guideline' in Mainland China, rather than holding facts which are set in stone.

Whilst this may be very worrying indeed for foreign companies, such as a WFOE, who are operating in China, the background of why this interpretation occurs is in need of being understood.

Confucianism still has a great impact on society in China today, but very subtly rather than in the open. In short it focusses on family and social harmony.

Where this impacts the interpretation of civil law in China, especially in matters of contract dispute, is in the situation that a Chinese court may limit damages, for instance, in the interests of balancing the interests of both parties. The claimant will receive some damages, but the defendant won't be punished so harshly that it affects their business too adversely especially in the case of where, say, just one member of staff was responsible for the breach of contract.

In the West if the defendant were found to be in breach of contract the legal system would be likely to prosecute them strictly to the rule of law, including awarding punitive damages to the claimant which could even go as far as to mortally harm the defending business.

However in China this may be seen as upsetting balance and harmony, and a 'fairer' solution may be sought by the justices.

As a Westerner you may feel ill at ease with this 'solution,' and that's fair enough. It is important to state that this is not a default outcome in the cases of contract dispute, but that such an interpretation is neither impossible nor uncommon

Given that litigation is both somewhat of a gamble in China, and very time-consuming, we must then explore other ways with which to get satisfaction should things go wrong. 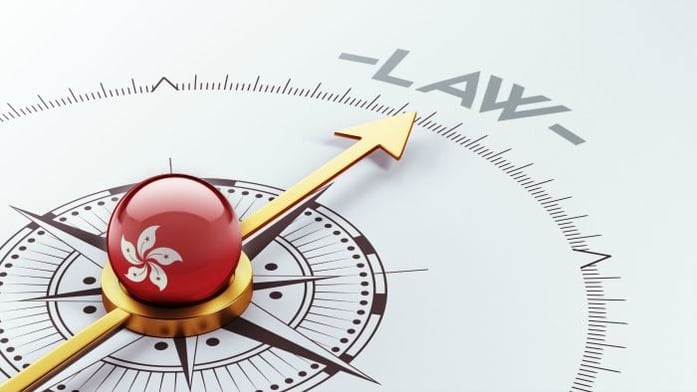 Other than leaving your case in the hands of Chinese civil law, there are two other possible solutions open to you in order to avoid Chinese litigation.

1. Settle The Dispute Via Domestic Arbitration

Litigation in China can be avoided by going down the route of domestic arbitration.

Instead of going to court, you may apply for an international court of arbitration to hear your case.

There are different bodies in China, and they will vary depending upon your area, but for example the local option near to us is the Shenzhen Court Of International Arbitration.

It is possible to select foreign arbitrators for domestic Chinese arbitration cases meaning that they are likely to mitigate the issues arising from Chinese interpretation of contract disputes.

However it is important to understand that there are 3 arbitrators hearing a case, and even if there happens to be a foreign arbitrator, they may be outnumbered by local arbitrators who'd still apply a local legal interpretation to the case.

Either way, seeking arbitration is going to be a better option than throwing your case to the mercy of a Chinese court, but still remains a gamble of sorts.

Learn even more about the International Court of Arbitration here.

2. Operate Via Hong Kong And Leverage Its Status As A Common Law Jurisdiction

In Hong Kong, thanks to its common law jurisdiction, contractual disputes will be settled based on the wording of the contract.

There will be no 'balancing' in the interest of both parties. Much like in the USA or UK, the verdict will be to award the injured party full damages as per the letter of the contract in question should the breach be found to be fact.

The good news for Hong Kong companies is that, since 2008, it is possible to sign a contract with Mainland partners or clients, and for any dispute with them to be heard locally in Hong Kong.

This means that if problems do occur down the line, Hong Kong (and indeed other foreign) companies are insulated from needing to litigate in China itself, and instead can rely upon the familiar and, arguably, fairer common law system of the S.A.R. (special administrative region), as well as the fact that in general proceedings take place in English.

Under the Arrangement on Reciprocal Enforcement of Judgments in Civil and Commercial Matters by the Courts of the Mainland and of the HKSAR pursuant to Choice of Court Agreements between Parties Concerned entered into between China and Hong Kong in July 2006 (the "Arrangement"), if a commercial contract designates Hong Kong as the exclusive forum for resolving disputes arising from the contract, a judgment obtained in Hong Kong will be recognized and can be enforced in China by means of registration if the judgment debtor has assets there and vice versa.
(Source: Dorsey.com)

However, in order to implement this, you will need to add this clause into any contracts itself. That is to say, should any dispute arise, that the case will be handled in Hong Kong. Unfortunately a WFOE in China must rely either upon arbitration or civil law as any dispute is legally between two Chinese companies, despite one being foreign run and invested, but of course a Hong Kong company is an off-shore company in Mainland eyes and therefore this doesn't apply.

It is also possible that disputes could be enforced to be settled in other foreign countries as well, but of course this may be more off-putting for prospective Chinese suppliers, contacts, or clients than that of a relatively local Hong Kong company and may affect them even signing any contract in the first place.

Conclusion: Hong Kong Company Registry Could Work For You 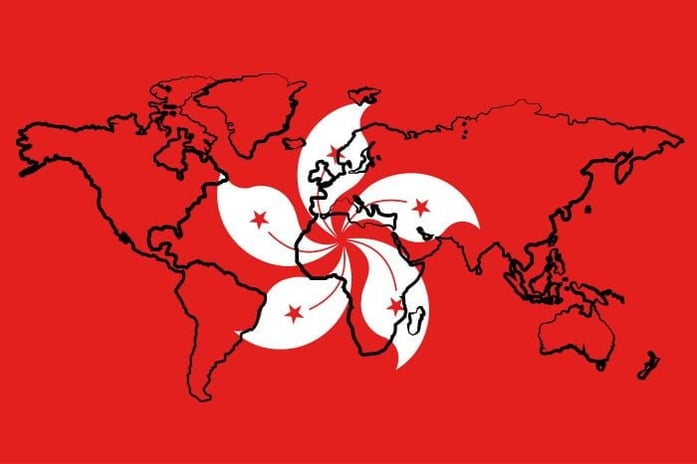 Chinese civil law may not favour foreign companies who are in dispute with their partners, for instance where contracts have been breached for whatever reason. This is because the law may choose to interpret a contract using a Chinese viewpoint, where it can be said to be predominantly a guideline for the start of a relationship. In litigation, the court may choose to award only partial damages in favour of keeping a balance for all parties. This essentially makes Chinese litigation a gamble, and it is also an incredibly slow process to boot.

Foreign companies seeking to avoid such a slow, expensive, and unreliable process may choose independent arbitration on the Mainland where a foreign arbitrator may be engaged as one of the 3. Due to their foreign viewpoint this may yield a better outcome, but still remains a gamble as they're operating within the Chinese legal framework which still allows room for interpretation.

And so the better option is to consider Hong Kong company registry if entering the China market.

A Hong Kong company's contract may be written so that Mainland partners are bound to resolve disputes in Hong Kong rather than China, and the common law system there relies upon the letter of any contract when reaching a decision. This means that there is far less scope for dispute decisions to go the way of the defendant, and since Hong Kong is local to China it is easier to manage a dispute there rather than in a far-away foreign country.

Have YOU encountered any legal issues when conducting business in China? How did you get around them?
Did you register a Hong Kong company already? If so, did it help you to set up a business in China too?

Let us know your thoughts and any questions you may have about Hong Kong company registration and its mitigating affect on Chinese legal issues by leaving a comment below.