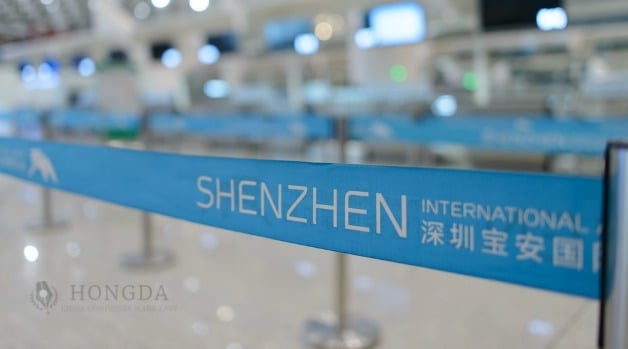 Shenzhen is taking more steps to opening up itself to the rest of the world with a visa announcement that is sure to help further establish its airport as an international hub for travelers from around Asia and the West.

According to a spokesperson from Shenzhen Airport Group Co. their are plans to roll out the 72-hour visa-free entry policy to new arrivals at Shenzhen Bao'An International Airport within the first half of 2016.

Read on to discover the list of countries that are eligible to apply and what this new Shenzhen visa on arrival means to those looking to make the most out of their layovers...

The implementation of this policy will allow travelers to stay within the young city of Shenzhen without a visa for up to three days as long as the person in transit has valid travel documents, booked tickets to another outbound destination and a visa for that country.

The catch, however, is that only nationals from a select list of 51 countries are eligible to apply for the Shenzhen visa on arrival, which is technically a 'transit' visa. The complete list of eligible countries includes:

Shenzhen is the latest Chinese city to introduce the 72-hour visa-free transit policy after other major cities such as Beijing, Shanghai and Guangzhou in 2013. Whilst there is a possibility that your country may not be listed above, the good news is that the 24-hour visa-free transit policy has no country restrictions, and there are also plans to introduce tax refund services at the airport for international arrivals, and residents of neighbouring Hong Kong, Macau and the island of Taiwan.

The introduction of this new 72-hour Shenzhen visa on arrival comes as no surprise. Shenzhen Bao'An International Airport has made huge strides in travel options over the past year, with airport data reporting that it handled 40 million travelers in 2015, 12 million of which stayed in the city for at least one night. The airport is planning to launch more international flight routes this year in the hope that there will be an additional 200 international flights per week. New routes to popular destinations include Paris, Seattle, Melbourne, Jakarta and the Maldives.

So it is safe to say that if you find yourself traveling through Asia (and even from/to international destinations) it is now a whole lot easier to take meetings at a moments notice, source some of the latest electronic products in Huaqiangbei or pop into your company's factory for a quick inspection in China's most competitive city for business. Then again, you could just take a break from all of that and a have a night out on the town, how you go about your 'business' is up to you!

Will YOU be applying for this free Shenzhen visa on arrival next time you're passing through South China? Let us know by leaving a comment please.