Chinese Accounting Standards vs. IFRS: 3 Key Differences You Must Know [2021] 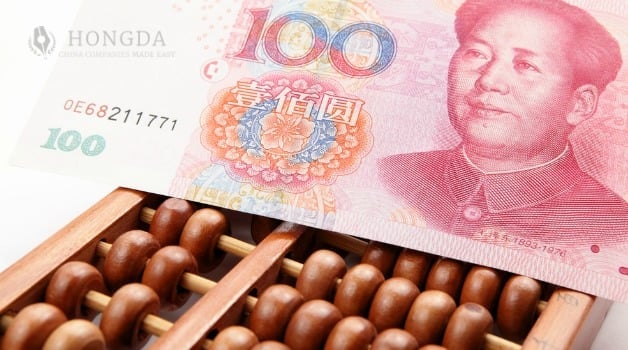 Anyone who has been to China will probably tell you that they do things very differently over here, and that includes Chinese accounting standards!

Foreign companies coming to China for the first time will be faced with very different attitudes towards accounting, and could potentially get caught out. While getting good local China accounting advice is almost certainly going to be necessary once you're on the ground, it can't hurt to be aware of a few home truths before getting started.

In this blog post, we're going to look in more detail at 3 of the common quirks, facts, tips, and differences between accounting in China and what we're used to in Western (and other foreign) countries.

1. Vet Local Chinese Accountancy Firms Carefully As They Can Play Fast And Loose With The Law

In China there's the legal way, and then there's a way where corners are cut. Of course it's better to stay within the law at all times, but how do you know that your account is keeping on the straight and narrow?

Well, first it's important to know the basics about what employers in China are required to do by law as regards accounting:

If any accountant tells you anything other than this, then there is a chance you could be sailing into stormy waters in future.

2. Since 2007 Chinese Accounting Standards (CAS) Have Been Around 90% The Same As IFRS And Soviet Accounting Was Banished

International Financial Reporting Standards (IFRS) is the commonly held accounting standards in the West, meaning that accounting practices are consistent and understandable across borders.

As you can imagine, before China got into line with them with CAS it was very hard indeed to fathom China accounting. Instead it was a fund accounting system where companies' assets were laid out and it was possible just to assess productivity, as in the near past all major industry and commerce was controlled  centrally by the CCP, and so companies only needed to report their productivity by the end of the financial year.

Obviously in more recent years with foreign companies now opening WFOEs and other business types in China regularly, it was important that accounting standards were brought up to date in order to reflect profitability rather than productivity. In a more free market Chinese economy today, the old Soviet ideals of breaking even and being as productive as possible went out of the window.

3. Are There Differences Between CAS & International Accounting Standards?

Yes. As mentioned CAS is about 90% the same as international accounting standards.

While Chinese accounting standards (CAS) and IFRS have demonstrated key similarities, foreign companies should take note of the core differences to avoid any penalties or conflict with the law.

Chinese GAAP vs. US GAAP and IFRS

Below is a summary table of some of the key differences between CAS and IFRS.

Doing business in a foreign country is never simple, and the same goes for China. Since Chinese accounting standards differ to those which you're familiar with, and accounting must almost completely be done in Chinese, many foreign companies will need assistance.

Hiring a local accountant could be a solution, but you need to watch them like a hawk and make sure that they're not, inadvertently or otherwise, cutting corners which could cause you to fail your annual audit; or you could outsource to local accountancy experts like Hongda who will handle everything from completing your books, to paying taxes for you.

Whatever you decide to do, make sure that you don't go into things blind, as by having even an overview of the way things are supposed to be you are able to make better business decisions moving forward.